RSV cases on the rise in Bay Area, prompting doctors to warn parents of symptoms

TAMPA, Florida – The Centers for Disease Control and Prevention issued a health advisory regarding a spike in RSV cases seen in southern states last week. FOX 13 News has learned that the respiratory virus in children is on the rise in the Tampa Bay area.

Respiratory syncytial virus, or RSV, is an infection that usually causes symptoms similar to those of the common cold. Most children recover, but for toddlers and infants it can be dangerous.

“RSV is a very common virus and in fact every child by the age of two will have caught it at least once if not twice,” said the pediatric pulmonologist at St. Joseph Children’s Hospital, the Dr John Prpich.

Officials say that with families staying at home, wearing masks and social distancing due to COVD-19, RSV has not spread as it normally does. Now Tampa Bay is seeing a delayed increase in cases as restrictions relax and people mix more.

“I think none of us were prepared for a full season of RSV in April, May and June as we saw,” Johns Hopkins Hospital vice president of medical affairs said. Children, Dr Joseph Perno.

The RSV season in Florida is longer than the rest of the country, with each region being a little different. In the Bay Area, RSV typically strikes between August and March.

Between May 23 and June 5, the Florida Department of Health reports seven outbreaks of RSV in daycares across the state, with a high percentage of children testing positive for the virus. 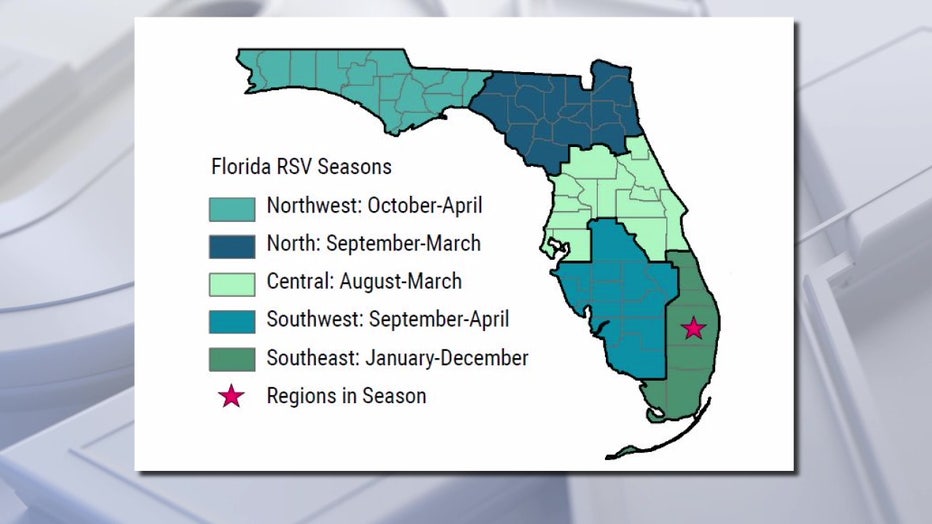 RSV can start like a typical cold, but doctors urge parents to watch their children closely. The virus can cause serious breathing problems which are usually worse when your toddler is young. If they are having trouble breathing, eating, or drinking, you should have them checked.

“Since they have these breathing issues, they often have feeding issues, so now we worry about dehydration because babies work so hard to breathe that they can’t feed themselves properly,” Perno said. “And then the younger babies and the premature ones, RSV can actually cause babies to stop breathing completely.”